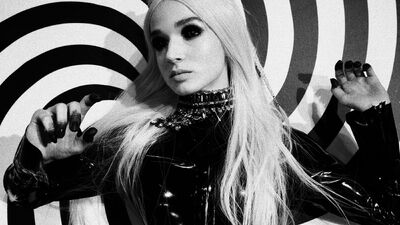 "X" is a song by Poppy. It served as the fifth single from her second studio album Am I a Girl? and is the fourteenth and final track on the album. It was released on October 25, 2018. The music video was released on November 5, 2018 and currently has over 10 million views on YouTube. An... 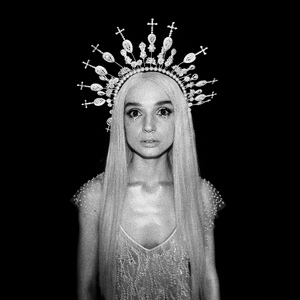 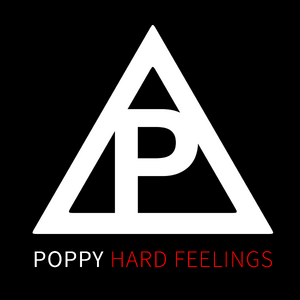 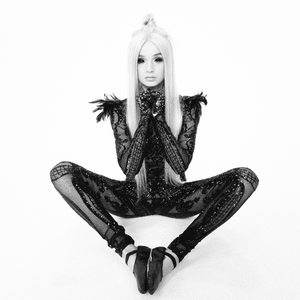 Our official Discord server has recently been under construction to make our server look more professional! We recently updated the servers with features that you will hopefully like!

We added the Computer Show bot! We nicknamed the bot Computer Boy! So say hi! After a ton of complaints about Plant-bot (or Carl-bot), we decided to re-root every Carl-related asset and replace it with Computer Boy!

Coinciding with adding Computer Boy, there are new features available for you to toy around with in #bot-spam! Such as daily currencies, games, images and more! Feel free to discover more commands by using “?help”!

This is a more recent feature that we forgot to bring to light; introducing invite specific roles! For now, we only have Donuts, which is gained by inviting at least 5 people to the server! Those people will be shown above the Aristocrat role!

We recently became a Discord partnered server! This will help us grow as a community within Discord! Also this adds a shiny new announcement megaphone to our feed channels! So if you would like, please follow these channels!

That’s all for now! Be on the look for new and improved features! And if you haven't joined our Discord server, click the box below!

Hey everyone! Khaos x4 is out now! Be sure to stream it! But more importantly, a deluxe version of I Disagree known as I Disagree (more), will be out on August 14th! I want a CD physical copy of the extended album, but unfortunately, it seems to just be a digital + Vinyl release. Pre-save + pre-order IDM now!

Are you excited for I Disagree (more)? I'm super excited to hear the new songs!

I have been a part of the Poppy community since September 2016, and I can honestly say that I believed some pretty crazy stuff. The most bizarre thing I believed was that Mars Argo's disappearance was all a part of the Poppy arg and she would come back at the end of the Poppy project. What's the weirdest thing you've believed/seen about Poppy/individuals related to Poppy?

We decided to loosen the rules a bit for unreleased. The pages are still staying off the wiki, however, we don't wish to limit freedom of speech. So with this, we decided to allow users to discuss unreleased on the Discussions Board. We support users who may want to for example; express their opinion about a song, post a poll, or post fanart dedicated to an unreleased song, etc. As long as your post follows our rules and regulations, and you do not post exterior links, it will be allowed on the Discussions Board.

We want our users and Poppy to be all happy with this decision we have made. Poppy had wanted the unreleased pages gone, but I don't see why it should limit discussion of it for the fans who are interested.

If you have any questions and/or concerns, please contact me or another staff member on our message wall or pop into our official Discord for questions to be answered quicker!

Hello everyone! This is a very important post I am making today, so please read through!

Today we are announcing the mass deletion of our unreleased pages, along with information about Poppy’s family. Some of you may be disappointed because of this because it was your main interest on the wiki, and we may lose a few users, and that’s alright. As some of you may have heard a while back, Poppy made it clear in an answer a fan’s question that she does not want unreleased song pages on the wiki. The wiki has been in contact with Poppy about this issue for a couple of months and we decided that the right thing to do is to get rid of these pages. This means that we will no longer be creating pages for Poppy’s unreleased content and anyone or anything in relation. Poppy has discussed great displeasure in her unreleased leaking, so we are taking her word with this and deleting them. The thoughts and feelings of the artist that this wiki is centered around matter more than what has been discarded from her art.

Initially, we had kept the unreleased pages up for trivial reasons when they were few, some may have found them interesting, but nothing more than that. This thing that we wanted to be kept small and happy, turned into a large toxic mess for which I have felt partially to blame. It’s grown into an obsession for some, which is very unhealthy. Especially when we had the leak history category, and some would just leak for “credits”. So with this, we hope this will stop the growth of leaks.

We will be keeping previous discussions such as posts on the Discussions Board and Blog posts as we know users will be disappointed to have their posts taken down, so they will be locked. Unreleased parodies on the Poppy Fanon Wiki are still allowed because they are fanon creations and not something that Poppy has created herself. Unreleased will still be allowed to be discussed in the Poppy Wiki Discord server like always in #unreleased-discussion, but we will enforce that links to shady streaming sites are against the rules.

Before I end this post, please remember that this is in the favor of Poppy, and we’re sure that some users will be disappointed with this information being deleted off the site, and may even leave the site entirely. We know this may not stop the entirety of Poppy’s leaks, but we hope that this discourages fans from becoming interested in unreleased and hurting Poppy. We thank you for understanding.

EDIT: I am aware that some of you are unhappy with this decision, but I can assure all of you that this decision was very hard to make. But, as a community, a fandom, we have to respect Poppy's wishes. Initially, we were waiting for her manager to take these pages down, but we grew impatient and guilty of having the unreleased pages up. It can be assumed that more important things came up, so we took this into our own hands and deleted them ourselves. It's really shocking how some users aren't respecting the wants and wishes of the artist this wiki is centered around. You are free to talk about unreleased in our Discord server. Treat her wishes with respect if you are really a fan.

Big announcement today! Today I am thrilled to announce that we are re-launching our official Discord server! This server is dedicated to our community here on the wiki, and we decided to make a server to not only help our users but grow our community in a positive way!

What does this mean you may ask? Well, I’m glad you asked! Over the past few months, Discord has been surging in popularity. It’s an easy way to discuss matters with almost a guaranteed response. Message walls aren’t guaranteed an instant response, and they’re easy to forget about. So Discord is a way for all of us to help and express our love for Poppy in a more organized manner!

As a stable wiki, we can finally have this up and monitor the Discord. We have organized guides and so-far decent looking channels! The server is not just only for the wiki, but it’s a great way to talk about Poppy with other people and make new friends with similar interests! Which we are hoping you all will want to become a part of!

This server isn’t 100% polished though, and we would love to hear your thoughts and feedback to help us! Let us know what you think in the comments, or on the server!

Invite link is on the sidebar of the wiki, or you can click here!

So I live in Canada and I got to experience Poppy in Toronto on February 2nd. As various artists including Poppy canceled tours/tours in Europe, I want to know how European fans feel about the postponing. I would have been heartbroken to know that my concert was postponed especially due to the fact it's hard to get time off of work/education.

How are you all feeling?