Poppy
Eat (NXT Soundtrack) is the fourth extended play (EP) by Poppy. The EP was released on June 8th, 2021 in partnership with WWE NXT, serving as the program's soundtrack for 2021.

Poppy surprised fans with the release of the EP on June 8th, 2021, releasing it at NXT TakeOver: In Your House and promoting it on her social media. With this, Poppy also announced merchandise for the EP. 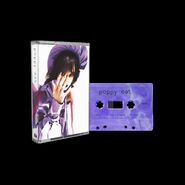