On May 6th, 2017, Poppy tweeted "Album one is done", confirming that the first album was finished. In the same tweet, Poppy also confirmed that there would be a tour to promote the album and that she knew when the album would be released. Later, it was confirmed by Titanic Sinclair that the album had been completed on April 13th, 2017. When asked by a fan if she could release the album herself, she stated that "There's too much fun to be had from now to then." After being interviewed for an article with Wired, the website accidentally leaked the release date of Poppy's album as October 6th, 2017.[1] This release date coincided with the 6-year anniversary of Poppy's YouTube channel being created.

All songs were written and originally played on an acoustic guitar. They were later recorded in a studio and ended up on the album.

On September 8th, 2017, Poppy officially announced her debut album in the video "Poppy.Computer". It was released on October 6th, 2017.

In 2018, Poppy released an EP to go along with the album, Poppy.Remixes, which features remixes of "Interweb" and "Moshi Moshi".

Poppy first announced plans to tour on Twitter in July 2017. On July 14th, 2017, she announced the tour with ticket presale beginning on July 19th, 2017 and tickets going on general sale on July 22nd 2017. The first leg took place in North America between October 19th, 2017 and November 22nd, 2017. A second leg of the tour, known as the Poppy.Computer Tour Part 2, featured cross-continental performances in the United Kingdom, United States and Japan. The second leg took place between December 13th, 2017 and February 20th, 2018.

The album was able to enter on two different charts in the United States. It peaked at number 11 on the Heatseekers albums chart, and on number 33 on Independent albums.

"I'm Poppy" was released to digital retailers through I'm Poppy Records on February 14th, 2017, and served as the first single to the album. Poppy co-wrote the song with Titanic Sinclair and Ryosuke Sakai, and it was produced by Sakai.

"Computer Boy" was released to digital retailers through Mad Decent along with its music video on May 19th, 2017, and served as the second single to the album. Poppy co-wrote the song with Chris Greatti, and it was produced by Ryosuke Sakai.

"Let's Make a Video" was released to digital retailers through I'm Poppy Records and Mad Decent on June 22nd, 2017, and served as the third single to the album. Poppy co-wrote the song with Masanori Takumi and Titanic Sinclair, and it was produced by Ryosuke Sakai.

"Interweb" was released to digital retailers through I'm Poppy Records and Mad Decent on July 17th, 2017, and served as the fourth single to the album. Poppy co-wrote the song with Titanic Sinclair and Simon Wilcox, and it was produced by Sinclair.

"My Style" was released to digital retailers through I'm Poppy Records and Mad Decent on September 1st, 2017, and served as the fifth single to the album. Poppy co-wrote the song with Titanic Sinclair and Simon Wilcox, and it was produced by Sinclair. 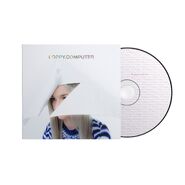 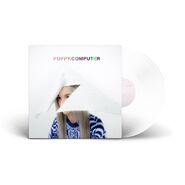 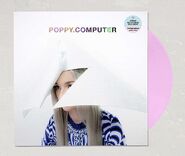 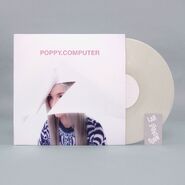